It may be time for a planned five-year approach to renew the thousands of museums across India.

Over the last decade, I have had the opportunity to visit over 50 museums across India. Whether it is Chennai or Chandigarh, Mumbai or Guwahati, I have seen priceless collections ranging from the Chola period bronzes, in Chennai, to miniature paintings, in New Delhi, which would be the envy of the world. These collections have given me a perspective on India’s journey to become the world’s largest democracy and serve as a bridge between historic and modern India. However, their current status and the whole experience of visiting these museums seem to leave me with a feeling of unfulfilled potential which is what has prompted me to write this. I have thought this many times: if only they could change the atrium to be friendlier, if only they could make the exhibition storyline understandable, or if only I could locate a particular object in the basement storage. I have also constantly wondered what the busloads of visitors from far away villages take back from their hurried visits to the Government Museum in Chennai or the Indian Museum in Kolkata. 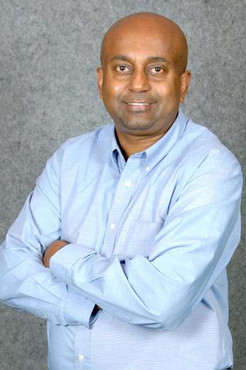 With India poised to become the world’s third largest GDP by 2035 and the general population getting an increased sense of national identity and confidence as a world power, it may be time for a planned five-year approach to renew the thousands of museums across this great country. Having pondered many times on how one may approach this, I think there are three key aspects that need to be considered simultaneously if one needs to be successful. These include development of skilled human resource, the renewal of physical infrastructure and the rethinking of management structure.
In all levels within the museum industry, whether it is technical conservation, exhibition preparation or management, there seems to be a shortage of skilled human resource. There are very few diploma and graduate programmes in this area, and the ones that exist need strengthening. The goal for 2020 could be to generate a pool of skilled professionals as well as retrain museum staff. Maybe, it is also time for a new centre at one of the IITs to further research this multidisciplinary area to produce outcomes especially applicable to Indian situations. Any museum redevelopment needs skilled local staff to keep the momentum going and creativity flowing, and will be unsustainable with just contracted international expertise.

China is an example for the second aspect, and it is currently developing 100 new museums a year. Vast resources are being spent on developing state-of-the-art exhibitions, storage and conservation spaces. Likewise, Australia, with a population of just over 20 million people, has over 2,000 collecting institutions. India has already started a museum renewal programme and probably needs to accelerate both building new museums and renewing the existing ones with contemporary thinking that connects to today’s generation. There are many valuable lessons to learn from history. Whether it is through displays or education programmes, museums are probably the only way future generations would connect with our past. Since many of our prominent museums are located in historic buildings, any renewal needs to be sympathetic with the building and not at its expense. A positive case study is how the Chhatrapathi Shivaji Maharaj Vastu Sangrahalaya (Prince of Wales Museum) in Mumbai has approached museum redevelopment with a master plan of the original building as a basis for redevelopment.
Now for the third aspect. Museums in India often seem to be burdened with many levels of bureaucracy which tends to stifle their mission to be safe places for broad and innovative ideas. Many major western museums are based on a model where they have an administration led by a professional reporting either through a board or to a reasonably high level within the government. Maybe, for a start, this new model is something that can be tried with a few major national institutions. The flexibility in decision making and creative leadership will have a flow-on effect across the institution and place it as a neutral and trusted platform for informing and debating in the public arena on issues both traditional and contemporary. As somebody once put it, museums should be “safe places for unsafe ideas” or “trusted neutral platforms for public debate.”

The time may be right for a five-year national mission on museums for India to accelerate this. This may provide a stronger connection between the museums and the Indian public and a demonstration of its soft power on the international stage. Maybe, there will be a day not too far away when the cricket tragic finally sees Tendulkar’s bat which he used to score his first century in one of our national museums and the science fanatic is at the natural history museum debating on climate change.