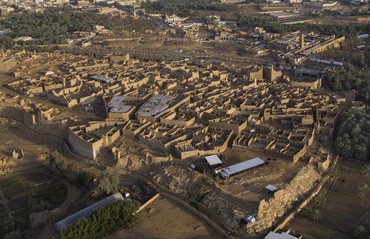 One of these is at Atturaif, the royal quarter of the city of Dir’iyyah, on the outskirts of Riyadh, Saudi Arabia. Dir’iyyah was the capital of the first Saudi State from 1745 to 1818. After rapidly spreading their authority throughout the Arabian Peninsula and seizing the holy cities of Makkah and Madinah, the Ottoman Empire retaliated by leading an invasion, which largely destroyed the city.

After lying in ruins for many years, in 1976 Atturaif came under the protection of the Saudi Commission for Tourism and Antiquities, was inscribed on the World Heritage List and the Atturaif Living Museum was established.
LookEar was involved in the content development and exhibition concept design for 12 museum spaces, and continue to have role in the project, due for completion in 2017, to ensure the quality and integrity of the final project outcomes.

Another project is the Budj Bim National Heritage Landscape, located in western Victoria, Australia, as part of the traditional lands of the Gunditjmara people. About 30,000 years ago, the volcanic eruptions of Budj Bim (Mt Eccles) resulted in a lava flow that changed the drainage patterns of the area, creating large wetlands including Lake Condah. 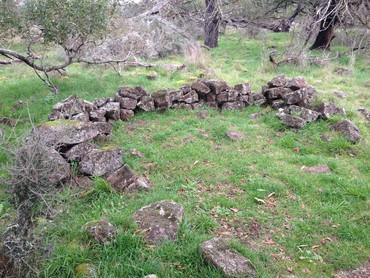 Thousands of years ago, the Gunditjmara people created an extensive aquaculture network of stone weirs, channels and fish traps to harvest eels and fish. Permanent villages of stone huts were built, with the Gunditjmara enjoying a rich and plentiful lifestyle. However European settlement brought this era to an end.

Much of this area is now being reclaimed by the Gunditjmara, who are seeking to rejuvenate and strengthen their cultural connections. In 2013, the Budj Bim Master Plan was developed, and in 2015, a design team including David Huxtable of LookEar, developed detailed concepts for Stage One design works, including broad design principles required for World Heritage inclusion.

Hampi is a World Heritage site located in northern Karnataka, India, located within the ruins of the city of Vijayanangara. It was the capital of the Vijayanagara Empire that extended over much of southern India, and is the location of many significant temples, some dating from around to 9th century AD. 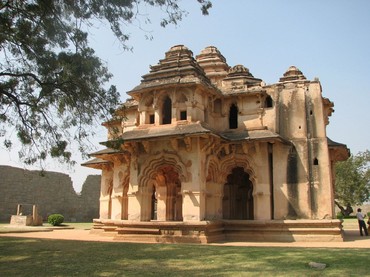 In 1565, invading forces from the Deccan Sultanate conquered the city, pillaging and destroying much of its art and architecture. Vijayanagara was abandoned and the area reverted to a small farming village surrounded by lush green fields.

In 2011, LookEar’s Director, David Huxtable, was engaged by Museum Victoria to project manage the refurbishment, transportation and installation of a temporary exhibition developed in 2008 at the Immigration Museum, Melbourne, re-located to a purpose built visitor centre at Vidyanagar near the World Heritage site. This included the translation of content into Hindi and the local dialect of Kannada, reprinting all graphics and text panels, refurbishing existing display items such as interactive light tables and other technology.