Hong Kong is home to some 70 museums, and their treasures combined make for a respectable collection of cultural artefacts. Still, Hong Kong cannot yet be considered among the world’s great museum cities.

Now, the recently concluded Museum Summit has certainly put the Hong Kong Special Administrative Region (HKSAR) firmly on the world’s museum map. This is the first-ever event of its kind in Hong Kong.

The resulting Museum Summit, carrying the theme “Museums in a New Era”, was organised by the LCSD in association with Beijing’s Palace Museum.

First, as the host, Hong Kong played the role of a “super-coordinator” by offering a platform on which professionals could share insights, exchange best practices and establish closer relationships, to the benefit of everyone involved.

Secondly, the Summit helps local museum professionals to learn from other top-trained counterparts. Its six sessions held over two days covered a range of topics, inviting an honest exchange of ideas. 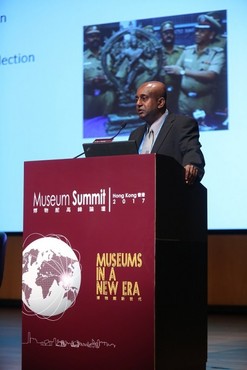 “There are many talented people in Hong Kong, and the city gets people from all over the world whom young people can learn from. Ultimately, a city needs the local community to move up into senior jobs [after proper education] and to be sustainable.”

“In recent years, mainland China has opened between 200 and 300 new museums annually. Macau will also see interesting developments. The whole landscape in this part of the world is changing dramatically.”

Daniel has accumulated three decades of experience in the field, starting from the Los Angeles-based Getty Conservation Trust and then moving to Australia after five years. Trained as a chemical engineer, Daniel pioneered an innovative measure to remove oxygen from certain display cases so as to better preserve their rare contents.

Across the world, he has been involved in over 40 projects, including current efforts to conserve a mummy and helping to transform part of Myanmar’s Secretariat Building of General Aung San into a museum. 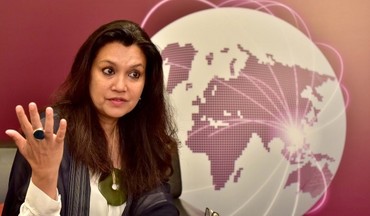 A noted specialist in modern art and contemporary architecture, Raffel used to work at the renowned Queensland Art Gallery & Gallery of Modern Art, leading the institution’s flagship project, the “Asia Pacific Triennial of Contemporary Art”. But it was at Australia’s Art Gallery of New South Wales, a distinguished 146-year-old museum with a significant collection of Victorian art, that she made a name for herself.

“M+ Hong Kong, which is the SAR’s museum of visual culture, has a team of eminent, full-time specialist curators from Hong Kong and beyond. We have an international staff that befits an international museum,” said Raffel.

While the M+ building is not scheduled to open until 2019, the team has wasted no time in preparing its exhibitions. “Canton Express”, now going on at the M+ Pavilion in the West Kowloon Cultural District, brings back a “ground-breaking” exhibition of contemporary art by Pearl River Delta artists.

Many of the Summit speakers talked about the importance of attracting larger audiences through the use of technology, and Raffel was no exception, sharing with fellow museum executives a wealth of practices initiated by M+ Hong Kong.

The Museum Summit will not transform Hong Kong into a city of museums overnight. But with ever more world-class curators keen to visit the city to share and connect, plus the contributions of emerging young local talent, it is hoped that Hong Kong will play a more active role in the field of heritage and museum.

For the full article, please refer to: