Delegates from AusHeritage and the Australian National Maritime Museum are in India from 25 February to 5 March to take part in a joint forum with Chathrapathi Shivaji Maharaj Vastu Sangrahalaya (Mumbai) and to meet senior heritage officials. The visit will include discussions in Chennai on the planned new Maritime Museum for Tamil Nadu. 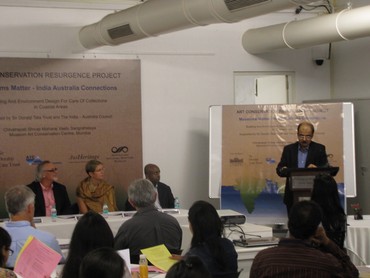 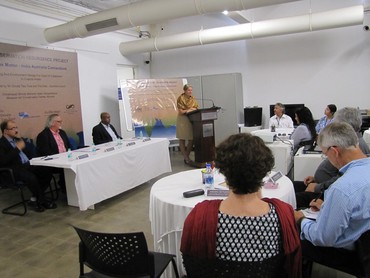 Acting Australian High Commissioner to India, Bernard Philip, welcomed the initiative. “Australia and India are connected by the maritime highway of the Indian Ocean, but our important historical maritime links are not well known. Documented trade links date back to 1790, and India has played an important role in Australia’s development”.

The Chairman of AusHeritage, Vinod Daniel, who is in India with the heritage delegation, said “Australians have been coming to India for many years to work with institutions in the heritage sector. This initiative will add another dimension to our ongoing cooperation at a time when maritime museums are on the agenda for many Indian states.”

The delegation’s visit precedes the launch of a major new Australian exhibition ‘East of India-Forgotten Trade with Australia’ to be held at the Australian National Maritime Museum in Sydney from 1 June to 18 August 2013.

“The early Australian colonies were at the ‘ends of the earth’ from Europe and turned to nearby Asia for survival and growth” said Michael Crayford, Deputy Chairman of AusHeritage and Assistant Director of the Australian National Maritime Museum, who is also in India with the delegation.

“This exhibition tracks our colonial links with India, the power and monopoly of the English East India Company, and its inevitable decline – taking us from the old allure of Asia to modern-day ties between India and Australia,” he added.

The delegation’s visit is funded by the Australia-India Council, which was established in 1992 to encourage people-to-people links and increase knowledge and understanding between Australia and India. With the Australia-India Council’s support, AusHeritage members have worked on many projects in India, including providing assistance for designing an international exhibition gallery for the Chatrapathi Shivaji Maharaj Vastu Sangrahalaya in Mumbai, developing a charter for conservation of buildings for the Indian National Trust for Art and Culture, providing capacity building for Museums in Assam, Kerala, West Bengal and Delhi, and developing a function brief for a Tagore museum in Shanthinketan.

A contemporary guide to cultural mapping- An ASEAN-Australia perspective – 6 May, 2013