At the small town of Beveridge, some 40km north of Melbourne, lies the boyhood home of Australia’s most famous outlaw, Edward ‘Ned’ Kelly.

It is a simple timber house that was built in stages spanning about 40 years, commencing around 1859 by Ned’s father, John ‘Red’ Kelly. The Kelly family lived there for about five years before moving to Avenel when Ned was 10. They ran a small dairy farm, with fruit trees and a vegetable garden to supplement their kitchen. The next owners, the Stewarts, extended the house between the 1880s and the early 20th century.

Since then, the house fell into disrepair and remained derelict for many years, almost to the point of collapse. The house is listed on the Victorian Heritage Register for its archaeological, architectural and historical significance, and through the efforts of a multi-disciplinary team managed by Heritage Victoria and funded by the Living Heritage Grants Program, the property has now been rehabilitated and conserved as an important site linked to the Ned Kelly story – as well as a rare surviving example of colonial bush carpentry.

The project team consisted of Context conservation architects, GBLA landscape designers, Crackajack Carpenters and LookEar heritage interpretation design. The building works required stabilising and re-cladding sections of the house, redirecting surface water away from the house, landscaping the property surrounds and establishing a range of interpretive elements that describe the house’s history and significance.

Of particular note is the integration of the heritage interpretation into all other design aspects of the project, rather than being brought in at the end of the project as an afterthought and retrofit.

For example, the perimeter security fence was used as a platform in which the features of the house and the lives of the Kelly family could be interpreted to casual visitors who are unable to access the property within the required booking system. Viewpoints were created at strategic locations within the fence to focus on some of the house’s important features, with associated interpretive content. 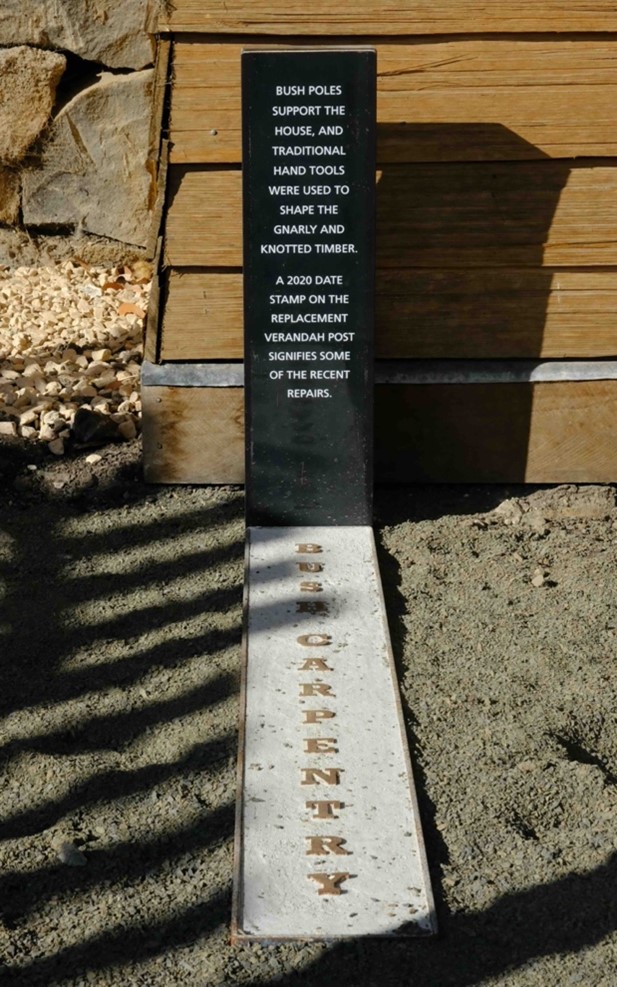 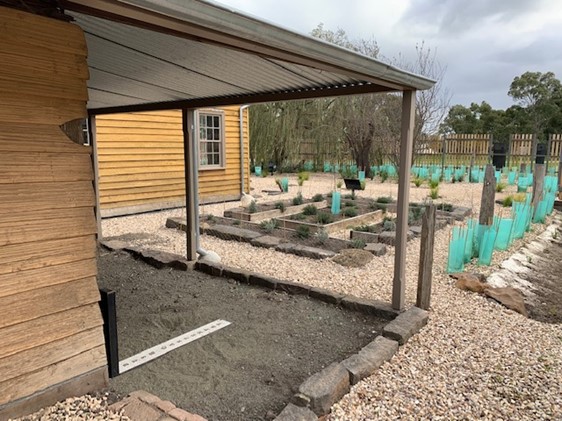 Also, inlaid pavement signage was used to highlight the simple, and at times quirky, bush carpentry and associated skills. Bold floor-to-ceiling glass blades with colourful graphics and simple text complimented and contrasted with the exposed lath and plaster walls within the Stewart section of the house. These were used to present some of the significant stories about the Kelly family, the society and environment in which they lived, and the impacts of the early colonial expansion on the Wurundjeri people. Simple free-standing text panels were used to describe the bush carpentry features of the house, whilst ensuring that the interpretation did not have any impact on the house. And a kitchen-garden was developed to feature and interpret fruit and vegetable varieties that were commonly grown and eaten in the era.

The interpretation uses a range of integrated techniques that avoids any impact on the heritage values of the building, whilst addressing the interests and experiences of a variety of target audiences. Further, the interpretation relied on extensive content research, consultation with conservation architects and carpenters, and the active engagement of the Wurundjeri community in the development of text and graphics.

This project is an example of heritage interpretation not being restricted to a simple and standard last minute after-thought. Instead, this project employs the principle that effective interpretation is an art – a product of careful consideration, imagination and multi-disciplinary design.