Mr Vinod Daniel, Chairperson of AusHeritage has been elected to the Board of the International Council of Museums (ICOM) for the period 2016-2019. This was announced at the 31st Ordinary General Assembly of ICOM in Milan, July 9, 2016. 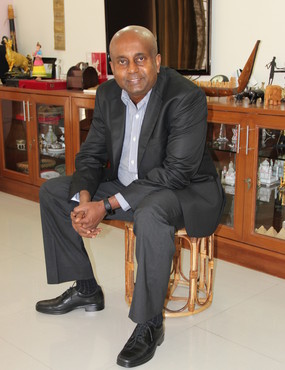 The International Council of Museums is the peak body for Museums created in 1946 and has 36,000 members representing over 20,000 Museums and operates through 119 National Committees and 30 international committees. It has a consultative status with the United Nations Economic and Social Council. It is also a leading force in ethical matters and is one of the founding members of the International Committee of the Blue Shield (ICBS).

Mr Vinod Daniel said “it was a privilege to be elected to the board of ICOM and having worked on Museum projects in over thirty countries would be able to contribute positively in building a global Museum movement”. He added that “the main impediments for this sector in many parts of the world is lack of skilled human resources and lack of prioritisation of this sector within the National context”.

Meeting between NHB Singapore and AusHeritage board members – 2 Oct, 2015