Call Vinod Daniel a nomad and you wouldn’t be too wrong. Nominally based in Australia, a well-beaten flight path between India and Australia plus regular forays to south-east Asia and Egypt, make him unable to call anywhere home in the way more sedentary folk do.

India-born Daniel chairs AusHeritage, an Australian government-supported network of 40 conservation institutions that does good business restoring the architectural treasures of the Asia-Pacific.

He’s the organisation’s ambassador, deploying his formidable cultural knowledge to persuade often cash-strapped countries of the vital importance of allocating resources to preserving these physical wonders for successive generations to enjoy.

As cultural riches go, India is one country with more than it’s fair share, making it an attractive proposition for conservationists. “Culture is everywhere in India,” says Daniel. Indeed, as visitors discover, it’s impossible to walk the streets without stumbling across an ancient Hindu temple, a crumbling royal residence or a museum entombing relics that are thousands of years old.

Australia, on the other hand, has a relatively young built heritage but its expertise in conservation, museums and education is well recognised world-wide. Says Daniel, “What Australia does very well is develop processes for the preservation of it’s historic fabric.

“In Australia, museums have become increasingly interactive, using technology and social media to make the act of storytelling more collaborative,” he comments.

With their complementary assets, it’s no surprise to learn that the two nations are working in partnership to preserve some of India’s best-known historical sites. In fact, it’s on the back of Australia’s conservation credentials that AusHeritage has been contributing to the modernization of Indian landmarks for the past 15 years. Projects include the Indian Museum in Kolkata, and assisting the former Prince of Wales Museum in Mumbai (now called Chhatrapati Shivaji Maharaj Vastu Sangrahalaya) to create a new international exhibition gallery. 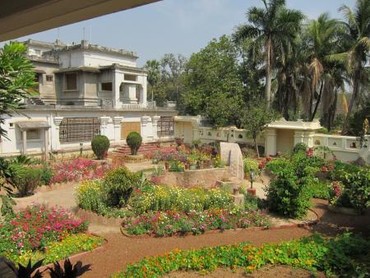 More recently, the organisation has been working with the Indian National Trust for Art and Cultural Heritage (INTACH) developing a charter for the restoration of heritage buildings.

The first step towards bringing the charter to life is a collaborative project to restore Kamaraj Memorial House – the 1903 birthplace of revered politician Kumarasami Kamaraj. 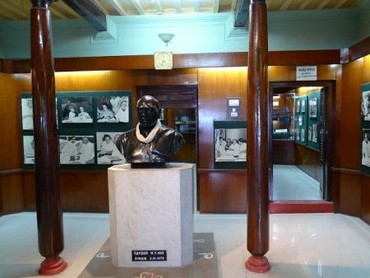 Located in a narrow street of Virudhunagar in Tamil Nadu, in southern India, the house is meant to be a tribute to Kamaraj’s political coming of age. But today it feels drab. Black and white photographs are tacked to unsightly felt squares; dusty glass cabinets contain weathered books and briefcases; and later additions have changed the house’s appearance.

In a bid to restore the property to the era when Kamaraj lived there, AusHeritage has developed a conservation management plan for the site.

“It’s actually a very simple house reflecting the fact that Kamaraj was a very simple man. He believed in humility, he used to wear local Indian clothes and shunned anything pompous,” says Daniel.

India is growing at such a rampant pace that some of the country’s most prized heritage sites are at risk of being razed by bulldozers.

“India can’t preserve everything. It will have to let go of certain landmarks as pressure for space in urban areas is so high. It’s a debate that calls for a local solution,” says Daniel.

Nonetheless, the Indian government is realising that heritage sites can be both culturally and economically valuable, thanks to the rise of cultural tourism.

“It’s the right time for India to understand how to develop historic buildings and install processes for restoration. There is a huge need for museums in India to evolve. Some were designed hundreds of years ago using very outmoded thinking. Australia is sharing its expertise and training skilled professionals who will enable this transformation,” says Daniel.

When he visits any museum or gallery, Daniel does not so much analyse the art as take an interest in the relationship between objects and people. In Sydney, he can often be found at the Hyde Park Barracks Museum cafÃ© entertaining visitors with stories from Australia’s past. Dating back to 1819, the Barracks, conveniently, is a showcase of modern approaches to heritage conservation, offering a living, breathing, economically sustainable space right next to Sydney’s CBD.

In 2013, AusHeritage will partner with City Palace in Jaipur, Rajasthan, and in Mumbai and Chennai delivering workshops, including on the construction of India’s first maritime museum. In the process of these exchanges, Australian architects and conservators are learning that traditions and ceremonies – intangible heritage – are just as important as heritage sites themselves. 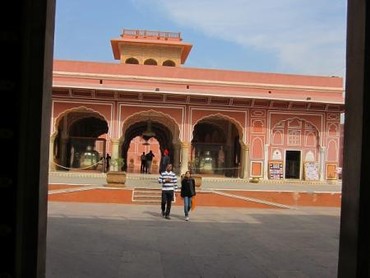 “When Australian conservators work in India, it exposes them to broader thinking. We are learning that it’s important to make compromises here and there, and these lessons will help us refine our own processes,” says Daniel.

This article can be found at the following ‘Australia Unlimited’ website: