Deputy AusHeritage Chair Roger Beeston, as Director of his company RBA Architects + Conservation Consultants, has been invited by the Myanmar Heritage Preservation Limited (MHP)to inspect the most spectacular of the British colonial-era legacy places in Yangon (Rangoon), the Secretariat (or Ministers’ Office) building (1889 – 1905). 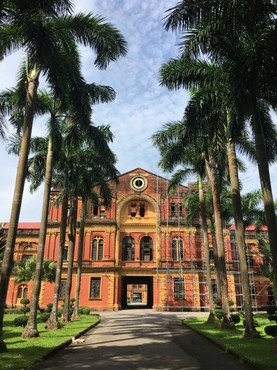 Built as the administrative seat of the British colonial government and occupying an entire city block (16 acres land area), the Secretariat is the city’s largest colonial-era building (c. 400,000 square feet of building area) and an iconic example of Myanmar’s colonial era architectural heritage. To the people of Myanmar, the building is of especial significance for its strong associations with defining events and phases in the nation’s modern history, including the years of colonial rule, the steps towards independence, and the 1947 assassination of independence leader General Aung San and eight others. 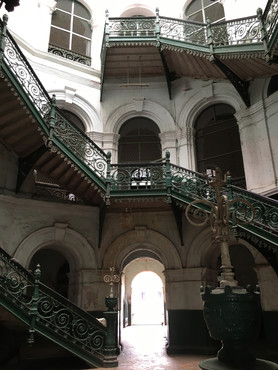 When the new capital of Myanmar was established at Naypyidaw in 2005, all government departments were transferred leaving the Secretariat vacant. The harsh tropical environment and lack of any sustainable use over the intervening period have left the place with many conservation challenges. The prescient installation of a temporary, but effective roof over most of the buildings has contained much of the decay, with the exception of the north service buildings which remain without roofs and are overgrown by vegetation.

The buildings are now to be conserved and adapted to new uses, including cultural museums and galleries, commercial offices and retail. Treasured memorials within the vast complex associated with independence are to be especially conserved.

Industrial Heritage in Australia: From Labour to Leisure